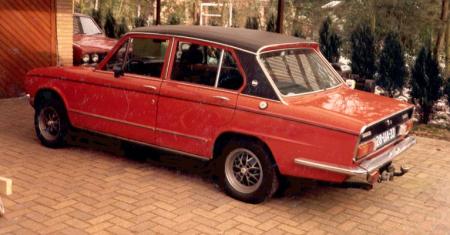 This vehicle we first owned early 80’s, then sold to an enthousiast, and purchased back from same owner in 1992. Was in not-to-bad driveable state then, used as daily transport from 1992-1998, doing some 30.000km/year. We used this also to drive the first 24hr Around Holland Reliability run in 1994. We just left it standing in ‘the field’ after second 1000kms rally, because we needed some parts off it for our racing team. Hans and me also used this car to get our racing licences in 1994 en 1996.

Since the new body shell, it has done some 15.000kms, and a night rally, now awaiting new axle seals, because during the rally, we found out this work was not done as good as it should…
Since autumn 2003 it drives again, allowing us to have some sun through the original sunroof.
Because of the vanishing bodywork, and the salt in winter, we use this one in wintertime since 2005, leaving 15-HS-08 for summer time