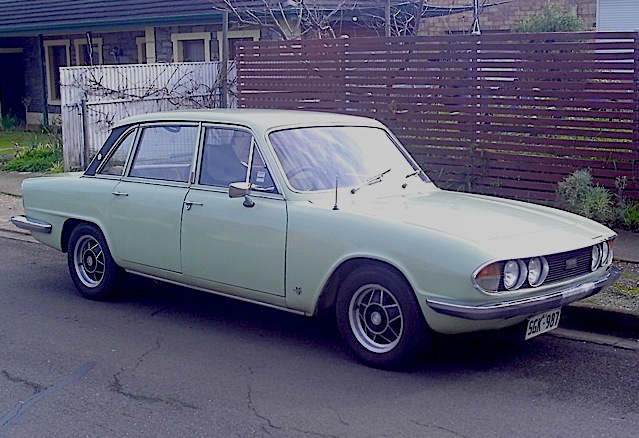 I can’t help myself! I saved another saloon. This one an auto living in country SA, but what the heck, it’s in pretty sound condition and I paid pocket money for it. It has airconditioning, a helper fuel pump, and ‘S’ mags. Its got the usual list of things to do, but really, its been pretty well looked after.

Not sure how long I’ll keep it, but it IS fun to drive. Just took it to the Winton historic races and it did the 1700km trip with minor complaints.

Manual conversion? We will see. Why is it that these cars can be bought for chump change?

Edit for year’s end 2013. This year I pulled a good 4 speed box out of a wrecker 2500TC and finally junked the slushbox. Better yet I installed a Pertronix unit and had the distributor (which was VERY worn) rebuilt. Then had the rear suspension bushes replaced. These things have changed the nature of the car incredibly! I now understand how pleasurable the injection engine can be. Lovely.

Edit for 2021! Holy crap, 8 years since I last updated! Well I still have the car. Now has an overdrive box, restored alloys, and restored front seats. Still running well, went to Winton historics again in 2015 without missing a beat. The paint has suffered from being covered with a tarp for a couple of years alas. Now garaged. These things are finally getting rare now. Very regretful I sold the Mk 1 but that’s another story. Its got to the stage that if you cant protect them you need to let someone who can have them!