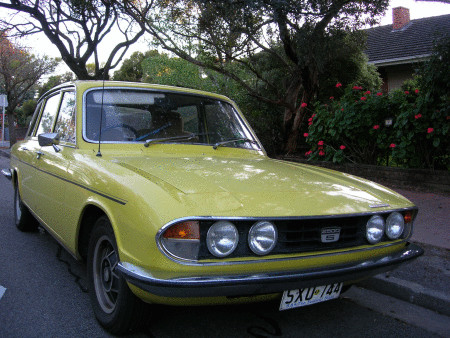 My 2500 S is a manual with the very useful electronic overdrive (factory fitted). The (Laycock de Normanville) overdrive is the later J-type which also found its way into the Stag, Dolomite Sprint, TR6 and others.
My car also has factory power assisted rack &amp;amp; pinion steering (by Alford &amp;amp; Alder).
There is an after-market, but period, air-conditioner unit slung under the glovebox where the nearside parcel shelf once was.
The ‘S’ variant had 14″ alloys as standard. It also came with softer front springs plus a front anti-roll bar (the yanks call it a sway bar).
The 17ACR Lucas alternator (output 36A) was swapped for a 60A Bosch alternator- the Lucas couldn’t handle night driving with the air conditioner on; the voltmeter was lucky to stay on the right side of 12V!
Bridgestone 185/70/R14 Turanza ER592(all new model) tyres are fitted on the O.E. 14″ alloy wheels (175 x 14in is the standard tyre dimension).
Stainless steel flexible brake lines fitted with help from a Peugeot fanatic friend- I did have problems with a rear brake bleeder valve though (the rear nearside drum brake refused to be bled although there was no blockage in the lines right up to the unit).
The original rocker cover has been replaced with an after market alloy rocker cover: The “crackle black” cover came from Rimmer Bros. &amp;amp;amp;amp;amp; looks the part but is designed (I think) for a 2.5PI (with mechanical fuel injection) because the oil breather hose exits the cover from the centre rather than further towards the radiator (as is the case with the twin carb set-up found on the ‘S’ and ‘TC’ models).
A Spin-on oil filter assembly was installed at first oil change after purchase. ( I’m using a Ryco Z63 part no. disposable oil filter instead of the O.E. bowl &amp;amp;amp;amp;amp; element.)
A set of EBC ‘green stuff’ disc pads for my front brakes have been sourced and installed. My 2500TC owning friend had a problem with squeeling front brakes (the pads were practically brand new). He ditched the offending pads, whacked on the green stuff pads and has experienced quiet braking with good ‘bite’ ever since.
The car from new seemed to have quite a thirst for premium unleaded fuel so with the help of a borrowed Haynes manual I checked &amp;amp;amp;amp;amp; adjusted the carby jets but haven’t yet tackled the balancing of the twin carbies; a Gunson carby balancing meter is on the wish list.
The ignition timing has just been professionally checked although in the future I’d like to take a crack at it myself: This requires budgeting for a new timing light.
One thing I’m proud to say I’ve finished recently is the checking/adjusting of the valve clearances with the help of a fellow car freak.
I ordered a correct 6V (performance) ignition coil from a Triumph parts catalogue from a reputable supplier (in the ‘mother’ country) and they sent over a 12V one. When I followed up on this ‘mix-up’ they assured me everything would be hunky dory and to go ahead and install it. To the present day I’ve had no problems with the coil. A noticable improvement since fitting the uprated coil has been easier starting.
New Champion performance spark plugs have been fitted, correctly gapped with a now hard to locate Champion spark plug adjusting tool I purchased after placing a winning bid on ebay. Interestingly, the NGK website informs its visitors that contrary to popular opinion spark plugs are not necessarily the correct gap straight from the box. So, there’s defenitely no harm done in whipping out the old feeler guage and giving the plugs a quick onceover the next time a changeover is required.
I have recently uprated the HT leads that came with the car to Magnecor HT leads; the part no.(for the 7mm leads) being 67033.
I’ve purchased, but have yet to install, a stainless steel flexible clutch hose.

2500S now running very sweet- like a Swiss watch. Oil and filter have been changed, air filter cleaned and re-oiled, spark plugs replaced, dwell on the points and engine timing reset, dash pots topped up, mixture adjusted, carbies balanced, and rear uni joint replaced. Oh, and I forgot to mention I changed my coolant in the backyard.

Windscreen replaced in October due to stone chips. The new windscreen leaked water and an attempt was made (by the installer) to rectify the problem. The situation has improved but alas the windscreen is still not totally leak-proof, as a sudden downpour proved. 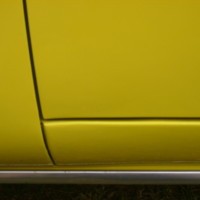 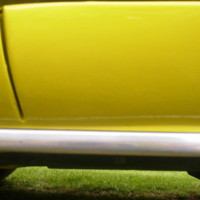 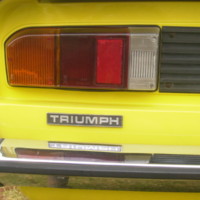 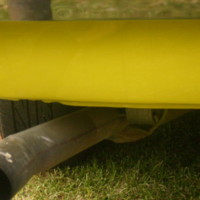 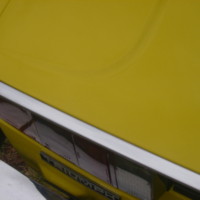 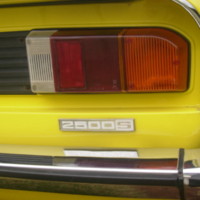 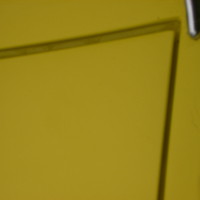 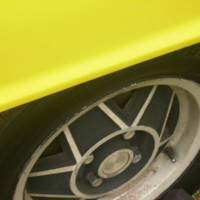 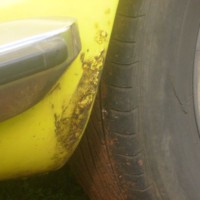 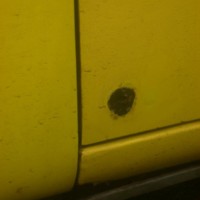 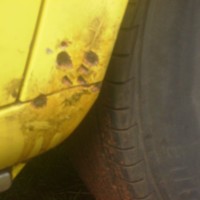 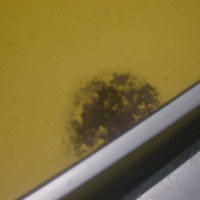 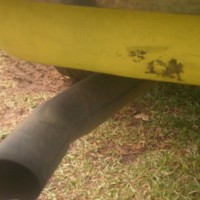 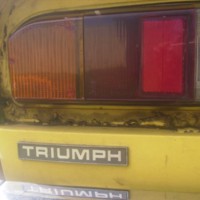 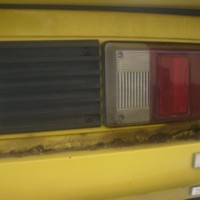 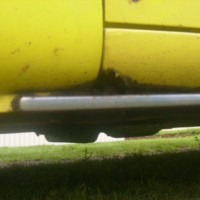 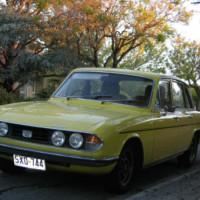 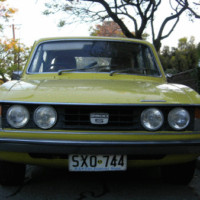 Over the next few months my gearbox will be taken out, stripped and completely rebuilt. Also at this time the operation and condition of the overdrive unit and clutch will be checked, and a Goodridge braided clutch hose fitted. UPDATE (June 2007): Gearbox, clutch, and electronic overdrive have been totally rebuilt by Powertune motors, Adelaide. Engine now needs to be tuned (especially the timing). Car now in Queensland. I will take it to one of the Brisbane Triumph specialists in the next 2 weeks.

*Chris Witor camshaft *Bigger inlet and exhaust valves *electronic ignition *uprated cam followers, bronze-alloy valve guides, seats etc. *6-3-1 exhaust headers (with ceramic coated exterior) in conjunction with a semi-sports exhaust system (I believe this is the 1&7/8" diameter with two 'silencers'- mufflers to you and me- rather than the 2" one silencer version which I've read can be towards the loud & boomy end of the spectrum.) *roller rockers (original ratio I reckon). Is that the 1:42:1 ratio? *Spax shock absorbers *Polyurethane bushes *Lightened flywheel *Overbored cylinders- maximum of 40 thou; which should increase capacity to 2.65L *Cylinder head ported & polished *Change diff ratio to 3.7:1 *uprated crankshaft thrust washers *tapered needles and uprated springs for the twin S.U.'s *relocate battery to the boot I've thought about adding a Kenlowe thermo fan to replace the belt driven fan but I've already got a "push" design thermo out front of the radiator which looks to me to be O.E. This has never worked and so I tried a test I found out about from the Practical Classics magazine which is to disconnect the two terminals which attach to the thermo switch and touch them together- amazingly the fan burst into life. Before this it had never worked since purchasing the car about a year ago. This was disturbing since the car would continually crowd the wrong side of the temperature guage with the air-con on in anything over 33 degrees C. Anyway a quick visit to Powertune motors solved the problem with the guys there telling me the switch which has coolant pumping through it can corrode over time rendering the switch (and electric fan for that matter) useless. 50 bucks later and a bit of elbow grease found the new part on the car. Unfortunately it was the first or second day of winter and I could not get the car to a temp. for which the electric thermo fan would 'kick in'- so I have no way to know if the overheating is a thing of the past until we stop getting 13 degree days. My 2500 TC owning friend has kept his mechanical fan as well as installing the aftermarket Kenlowe up front and he could be towing a tonne of wood to Mt Lofty on a 40 degree day & his car wouldn't overheat. Anyway, getting back to electric thermo only vs. mechanical + electric fans I might stick to the 2 fan set-up as I really value the air-con. in our Summers, which can top 43 degrees on a bad day, and the 2 fan set-up would give the car better reliability idling at traffic lights in peak hour (with air-con. on) in the sweltering heat. I still find the thermo-only route attractive, especially if my car wasn't an everyday driver, as it offers the benefits of increased horsepower and fuel efficiency. I've seen this first hand in my modified '81 Datsun Bluebird which saw me taking the extreme route of two 'pull' thermos on the engine side of the radiator and 2 'push' thermos on the other (one of these was wired to the air-con. switch). The removal of the belt driven fan gave the car more go, and when the mechanical water pump was completely by-passed with a shorter belt between crank pulley & alternator + installation of a Davies Craig electric water pump with variable voltage proceesor, the car flew like never before. I ordered a 'green cotton' air filter earlier this year. A friend in the TSOA was running one even before I purchased my car and he's a happy customer + I wanted something a little more unique than the ubiquitous 'K & N'. The distributor said it would need to be shipped in from France. I waited for about 4 months, periodically checking in at the shop to see if they'd 'lost' my order. I eventually gave up on them and rang the Melbourne supplier. I got an answer straight away; they were unable to get a 'green cotton' filter in for me. My back up plan was to visit the Speed Shop and see what they could do for me. Three weeks later I was in the posession of a brand new K&N air filter. To date I'm very happy with the boost in performance given by the addition of the K&N, especially in the region over 2500 rpm. I'm sticking with the original cold-air-intake single air filter rather than two individual air filters attached to the SUs. The air entering the twin air filter set-up is warmed considerably by the exhaust manifold below and results in rougher running and reduced power, especially in warmer weather.