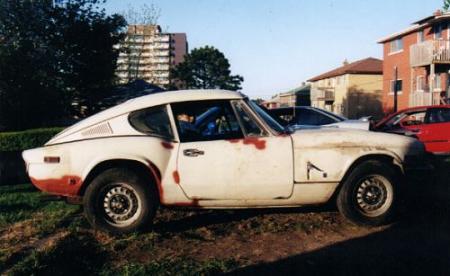 Well, I made the decision to get something after a $2000 Income tax refund. I found the car after two months of searching and spent a month checking it out and doing a few tests on it. The poor thing sat for 15 years before I got to her. I had her running after 3 days, but the clutch wouldn’t separate from the fly wheel. I was laid off from work before I managed to get the parts I needed and she’s sat ever since accept for the occasional accessory ie: starter, points, condenser, removed tranny, removed driveshaft. I still have a long way to go, but I hope to get her on the road someday soon. I got plans to move to Arizona and I intend to use the car to do so.