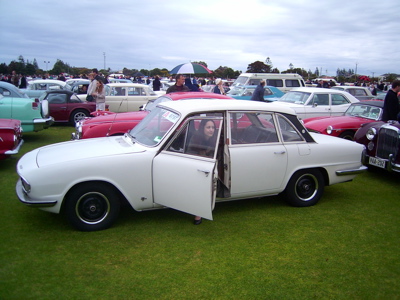 2007: Pretty sure I’m the 4th owner of this early (March 1970) Australian build Mk II. The exterior was a bit rough on purchase but the interior was excellent and mechanics pretty sound. Unfortunately the car had been converted to ‘S’ induction many years earlier, but I didn’t let that stop me buying the thing.

‘Trumpy’ was used as a very reliable and entertaining daily driver for nearly 5 years. It was then semi-retired when I bought a Saab EMS (which turned out to be an interesting but VERY unreliable car that handled like a whale compared to the Triumph). During that time the only serious problem it had were broken teeth in the non O/D gearbox which was replaced. The engine mounts, prop shaft universal joint, front bushes and radiator were also replaced over time. The suspension was lowered by 1.5″ and it runs on gas shocks at the rear.

In 2001 I loaned the car to a friend who promptly ran it into a tree! Now un-drivable it sat outside in the rain for the next 2 years – deteriorating to such an extent that I nearly sold it as a rolling wreck to a guy who offered me a few hundred dollars in 2003. But I couldn’t do it – ‘Trumpy’ has more character than any other car I’ve owned.

In 2005 I determined to get it back on the road. After considerable amount of expensive bodywork, a new alternator and fuel pump, and a front seat rebuild it appeared in all white primer at that year’s bi-annual ‘Bay to Birdwood’ classic car run (see photo) – a really satisfying day although the car was still pretty tatty in parts.

Since then I have moved house and the car has been mainly stored as I dont want to use it as a daily driver any more. In early 2007 I tried to restart it for the first time in 12 months and with a new battery it fired first time! Around this time I sourced a set of Triumph ‘rostyle’ trims which I restored to replace a set I had lost in a previous house move. After struggling with paint codes for some time the car was finally given a proper respray in original old english white enamel which I decided to keep in a lo-sheen finish so that car looks less like a restored car and more like a very well kept original.

2008: I freshened up the interior woodwork. The car still needs new door rubbers and has a few electrical deficiencies (dodgy hi beam, clock doesn’t work – of course!), but finally with historic registration it is a car I can drive occasionally and when I do its all round competence on the road always brings a smile to my face. Its done a couple of longish trips to the Flinders Ranges and Melbourne and unlike some other cars I’ve owned it has never let me down. A final and big change would be the restoration of the original injection setup – this is still on my list of things to do but at the moment there’s no rush.

Ive added a couple of shots of Trumpy looking resplendent at the 2007 Bay to Birdwood classic run.

I have also saved a 1965 Mk.1 from the wreckers and got that into drivable condition, with some expensive bodywork to come (separate entry here once done).

2011: AFTER 15 YEARS THIS CAR HAS NOW BEEN SOLD. But to a loving Triumph fan, and only to make way for the Mk1 which is shortly to return from a long stay at the body shop – so a new page for that car very shortly! 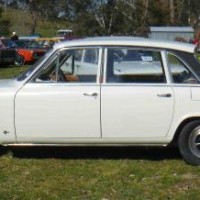 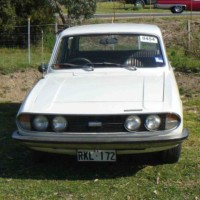 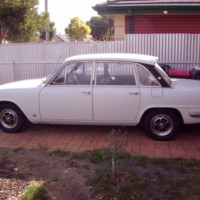 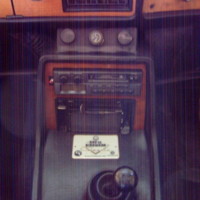 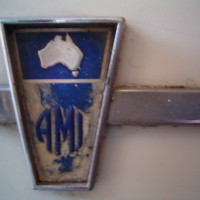