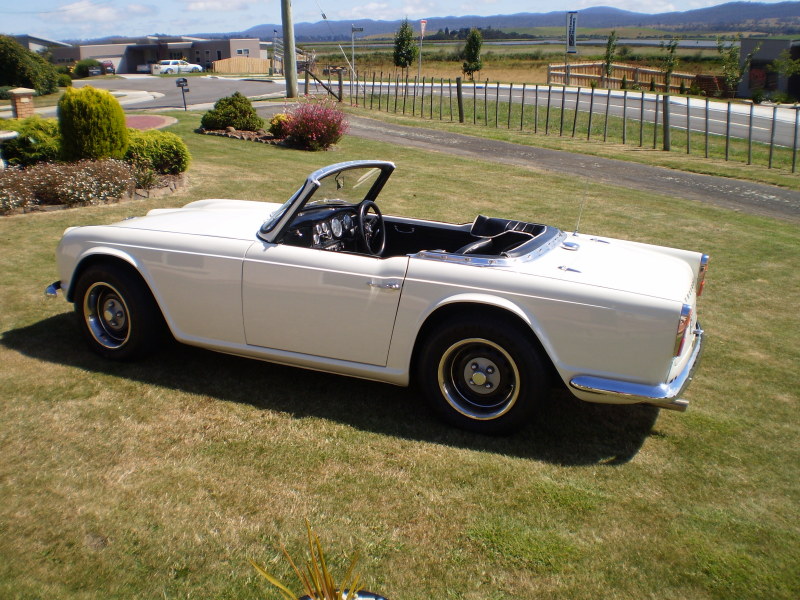 Purchased sight unseen in 2003. When first sighted it was no better and no worse than previous owner described, I appreciate his honesty.
Car has TR6 wheels and trims fitted.
Interior has been redone and is in very good condition.

Originally sent new to Singapore but previous owner lost track from there on.
The motor is very strong (usual oil leaks) and I was pleasantly surprised by its performance. It is fun to drive (except for that bloody hand brake).

Car has just been stripped and painted (2012) to original Spa White in 2 pack. Removed a heap of bog in most panels and pulled dents. The bodyworks have made a top job on bringing it back to somewhere near where it should be, looks a million bucks.